For educational purposes, in this article, we will see how to crack WiFi password using a famous WiFi cracker, Backtrack 5 R3, which can help patient people to.

Think of it like a backdoor. This is not because the adapter is not supported it may or may not be. Reaver Commands we will be using. Look for the WEP protected network in this tutorial we are taking “pack” as my target. It will run until it finds the wireless password usually hours. Installing backtracm the Hard drive Any existing Operating System will be wiped out and only Backtrack will be installed if this is done. Mainly because vacktrack ISO can be burned to a disk or any bootable device and booted from.

How to using Fern-WiFi-Cracker on Backtrack 5 R3

Any existing Operating System will be wiped out and only Backtrack will be installed if this is done. I will talk about how each install works, but if you are new to Backtrack 5 the easiest way is to burn the Backtrack 5 ISO to a DVD or a flash drive and boot from it, of course once the computer restarts data can be lost if not stored correctly. Once you know the adapter is connected and operating run this command to get the adapter into monitor mode. 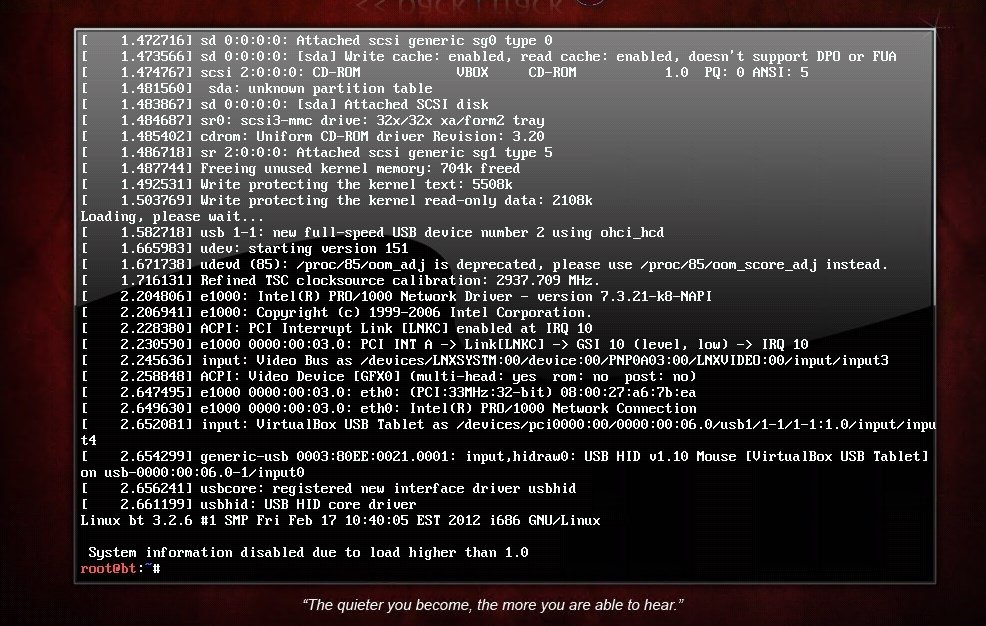 Different manufactures do different things and have different setups so some have a weakness another will not. This will most likely be recorded by the router so this is not a passive method. For backktrack who do not know VMware is a way to run another operating system virtually within another operating system. Running Backtrack 5 within virtualization is possibly the most common way.

There is a way to speed this up if you know someone has a wireless device connected to the router by de-authenticating them or kicking them forcing them to widu. The first thing we need to do is enable the wireless USB backtrak. Reaver is one of the best tools to come along in a long time. Now we want to leave the original terminal alone and move to the second open terminal.

Backtrack 5 is free to download and install and can be downloaded here. There are different types of wireless attacks but in reality only two main types are used.

Now you will need to find the WEP network around you,you can do it by typing the following command:. Commands we will be using. If the dictionary finds it, it will show as below wifk not then another dictionary will need to be used. You should already have a WPA handshake file and Backtrack 5 running.

It should show “Wlan” along with the chipset, if it doesn’t then some troubleshooting will have to be done until it does. Here wlan0 is the name bscktrack wireless card ,it may be different for your case.

There is three ways to install Backtrack, install to the hard drive, boot off a DVD or flash drive, or run it in virtualization. You May Also Like:.

WPS makes it easy for wireless devices to find and connect to a router. Once it boots from the DVD it should come to the following menu. Mainly because a familiar operating system such as Windows can be run at the same time and files transferred between the two easily. VMware works very well and as long as you have a fairly recent computer backtrxck should run fine. At this point we could simply wait for someone to connect wirelessly to the router. Run the command “airmon-ng” to see if Backtrack recognizes your wireless USB adapter.

But when WPA became the standard it became much harder to do, using the dictionary attack method was the only real option. So the command for me to do this would be: Here we are going to setup the adapter to do a data capture on the AP point we selected.

Installing and running with VMware Running two operating systems at the same time is quite common now and done relatively easy. Learning commands and typing them in a terminal window is a must.

To do this open another terminal window and type the following. First download and install a Torrent Client, the most popular is Utorrent but there are many.

If you have an older laptop or older computer then the ISO may be better. Cloud computing might be a option to harness someone eifu computing power and so on. Authors get paid when people like you upvote their post. There is no point and click option.